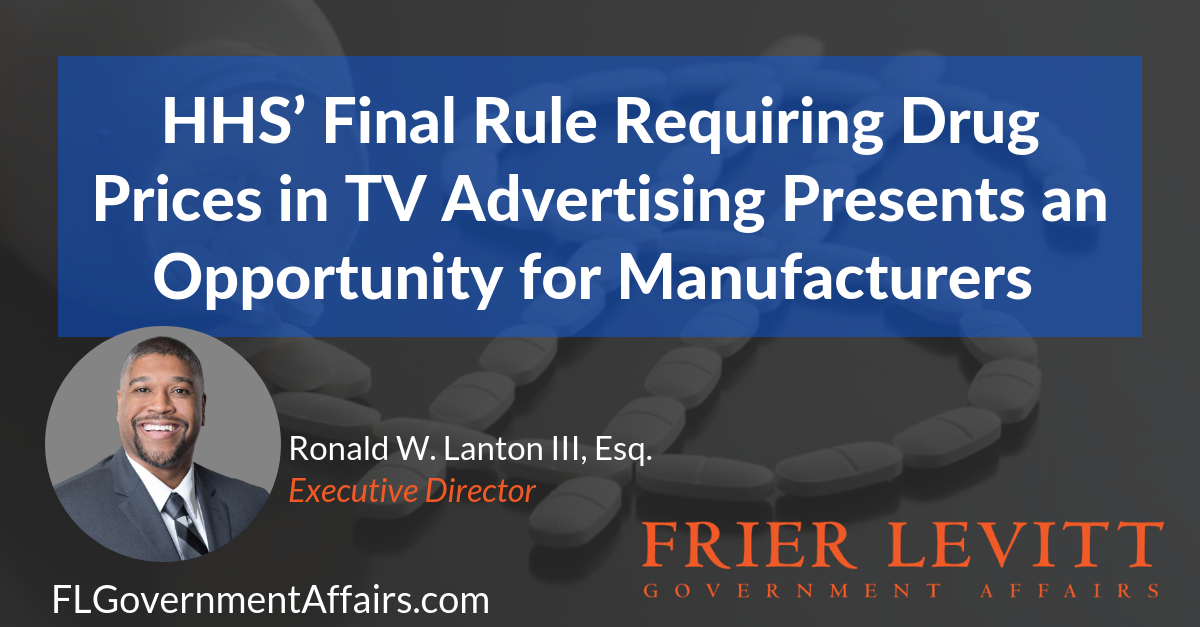 Earlier this month, Health & Human Services (HHS) Secretary Azar announced a final rule from the Centers for Medicare & Medicaid Services (CMS) requiring direct-to-consumer television advertisements for prescription pharmaceuticals covered by Medicare or Medicaid to include the list price – the Wholesale Acquisition Cost – if that price is equal to or greater than $35 for a month’s supply or the usual course of therapy. This policy comes from the American Patients First Blueprint to reduce drug costs.

Lately, the culprit behind higher drug prices has been sharply debated. Some in the manufacturing community point to two issues: better science and rebate pressure. Improved patient outcomes due to scientific advances justifies higher prices, especially since near curative prescription drugs lead to a possible decrease in future healthcare costs. Additionally, manufacturers have rightly been pointing to the pressures by PBMs to increase rebates or face the potential of having certain drugs either removed from the formulary or in the alternative, subjected to increased formulary competition.

While the life sciences industry understands the complexities surrounding drug prices, many state and federal policymakers do not. Hence, there have varied and sometimes disproportionate responses to higher drug prices, which may not solve the problem.

There are many opportunities for manufacturers on the state and federal level to help alleviate policymaker concerns about drug prices, while also helping to provide a grounded response to ensure a stable market that promotes patient access.