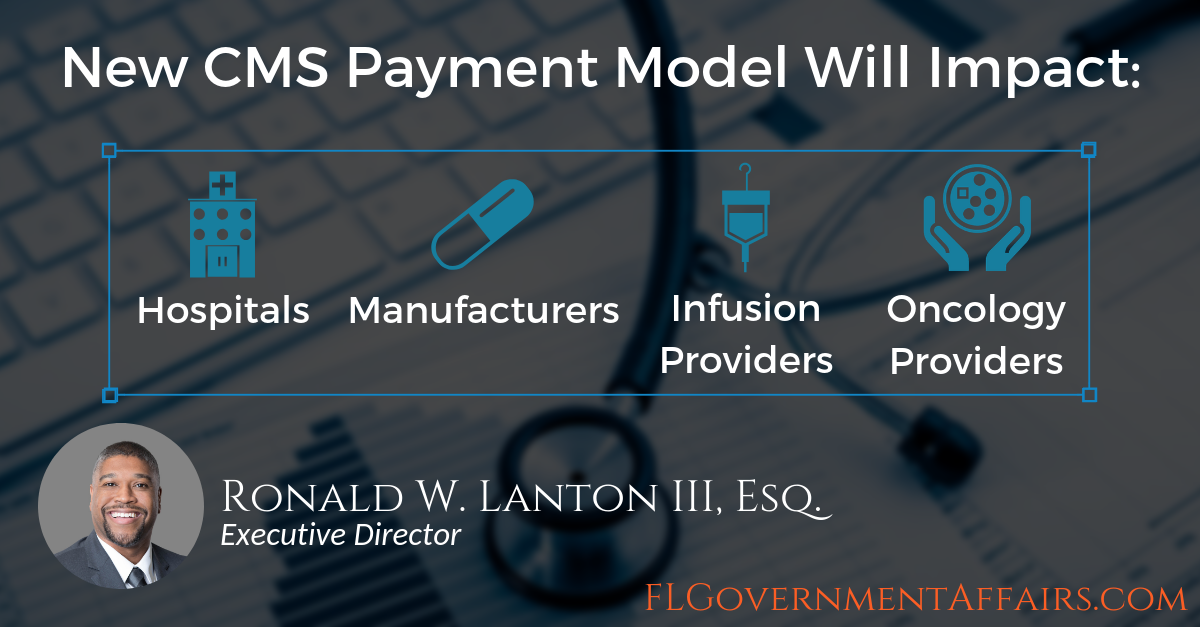 The Centers for Medicare and Medicaid Services (CMS) has announced a new payment model that seeks to reduce out of pocket costs for patients. This payment model arises out of the Administration’s American Patients First Blueprint that was released earlier this spring. CMS is providing this notice of its new proposed payment model via an Advance Notice of Proposed Rulemaking, meaning the formal proposed rule will be introduced in the immediate future.

CMS’ proposal to lower drug prices will be in three stages. First, the agency will be introducing the “international pricing index” (IPI payment model) where Medicare’s payments for select physician-administered drugs covered under Part B would shift to a level more closely aligned with prices in other countries. Overall savings for American taxpayers and patients are projected to total $17.2 billion over five years. The IPI model would apply to 50 percent of the country, and would cover most drugs in Medicare Part B, which includes physician-administered medicines such as infusions. The model would draw on HHS analysis comparing the U.S. against 16 other nations to benchmark the selected drugs against.

Secondly, taking recommendations from MedPAC, the Administration will experiment with having private sector vendors negotiate with manufacturers for drug prices under the Medicare Part B program, to mimic how payers negotiate drug prices under Medicare Part D. This approach will be piloted in certain geographic areas where there will be mandatory participation for physicians and hospitals. Vendors under this proposal would aggregate purchasing, seek volume-based discounts, and compete for providers’ business, creating a competitive marketplace.

Lastly, CMS is attempting to change prescribing incentives for physicians to prescribe lower costs medications. Under CMS’ proposal, physicians will be transitioning away from a percentage reimbursement to a flat fee. This is mirrored on the reimbursement discussed under the previous Administration’s vision of a flat fee for oncologists, and an idea that has been consistently advocated since by MedPAC.

CMS’ payment model policy shifts have the ability to severely impact several key stakeholders in the healthcare continuum, including:

Frier Levitt Government Affairs (FLGA) helps clients and prospective clients identify opportunities and threats to your business models including changes to your reimbursement. With the backing of national boutique healthcare law firm Frier Levitt, LLC, FLGA can provide clients with in-depth comments to CMS on why this will have a negative effect on impacted stakeholders. Even though this proposal is planned for 2019 or 2020, it is essential for stakeholders to start planning their responses now to ensure that their voices are heard. Contact Frier Levitt Government Affairs today to get started.