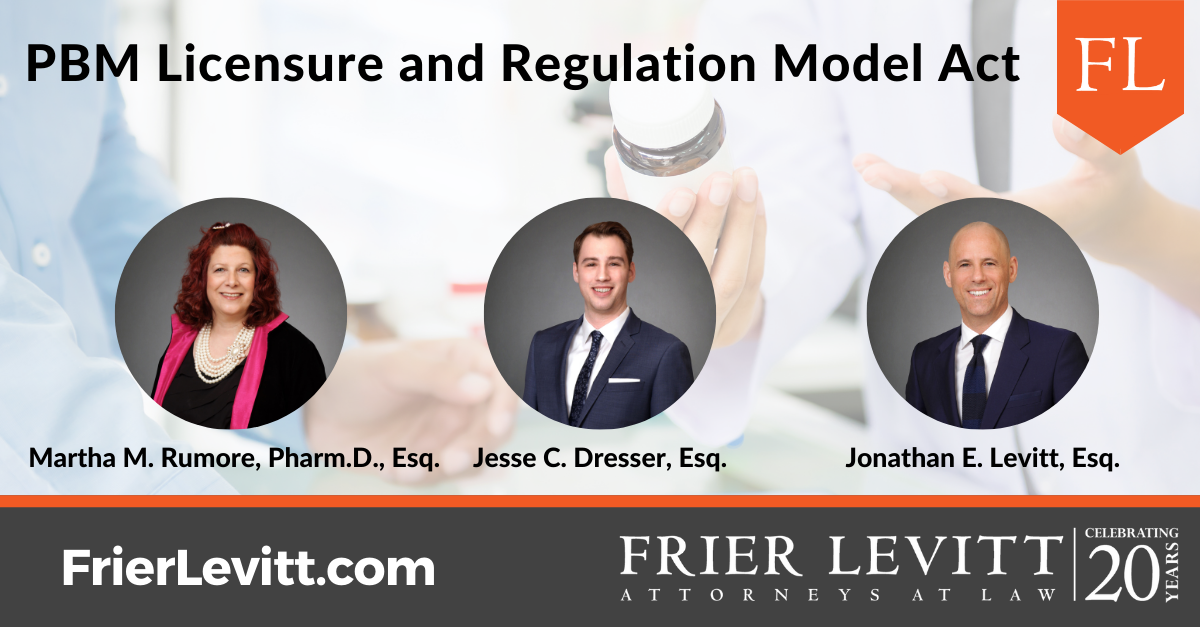 The current United States marketplace for the regulation of pharmacy benefits is a patchwork of inconsistent (and in some cases non-existent) state laws, state and federal agency regulations, agency manuals and federal laws. Uniform state laws would pave the way for more certainty and less confusion.  A Model Act with uniform state laws would be welcomed, so long as the Model Act properly took into account the interests of all stakeholders, including patients.  Unfortunately, the currently proposed Model Act does not do so.

On October 26, 2020, the National Association of Insurance Commissioners (NAIC) approved a Pharmacy Benefit Manager (“PBM” ) Licensure and Regulation Model Act (“The Model Act”) which essentially mirrors that previously developed by the National Conference of Insurance Legislators (NCOIL).  The Model Act puts forth a template for states’ regulation of unfair PBM practices. Over the past few years, pharmacies have filed dozens of lawsuits and countless “confidential” arbitrations against PBMs for various unfair business practices such as network terminations, refusals to permit pharmacies into restricted PBM networks, lack of transparency regarding both rebates and spread pricing, as well as direct and indirect remuneration (“DIR fees”) and predatory reimbursement rates generally. A number of these have been consumer class action lawsuits. For their part, the PBM lobby group, Pharmaceutical Care Management Association (“PCMA”) has filed dozens of lawsuits attacking newly enacted state laws.

Stronger state regulation may obviate the need for some of these lawsuits. The key provisions of the Model include:

The proposed Model is primarily directed at PBM licensure and omits specific guidance other than passingly mentioning many of the abusive PBM business practice provisions that individual states have enacted. The Model does little to address many of the important issues for pharmacies such as PBM network adequacy, data reporting requirements under state price-gouging laws, reimbursement claw back prohibitions, spread pricing, rebate transparency, DIR fees, network termination, network access, Maximum Allowable Cost (“MAC”) pricing appeals, prohibitions and limitations on the corporate practice of medicine, procedures limiting  PBM audits of pharmacies, , medical loss ratio (MLR) compliance, reimbursement lists or payment methodology used by PBMs, and transparency provisions. Instead, the Model leaves it up to the states to customize their regulations.

Pharmacy groups are seeking to have these important provisions be added to the provisions that a State Commissioner would be required to adopt, rather than having them as permissive or optional provisions.  Perhaps the most important provision for pharmacies and states in the Model is the narrowing of the language to minimize potential Employee Retirement Income Security Act (ERISA) challenges. Comments have been requested from interested parties on this draft which is expected to be finalized by the end of the year.

How Frier Levitt Can Help