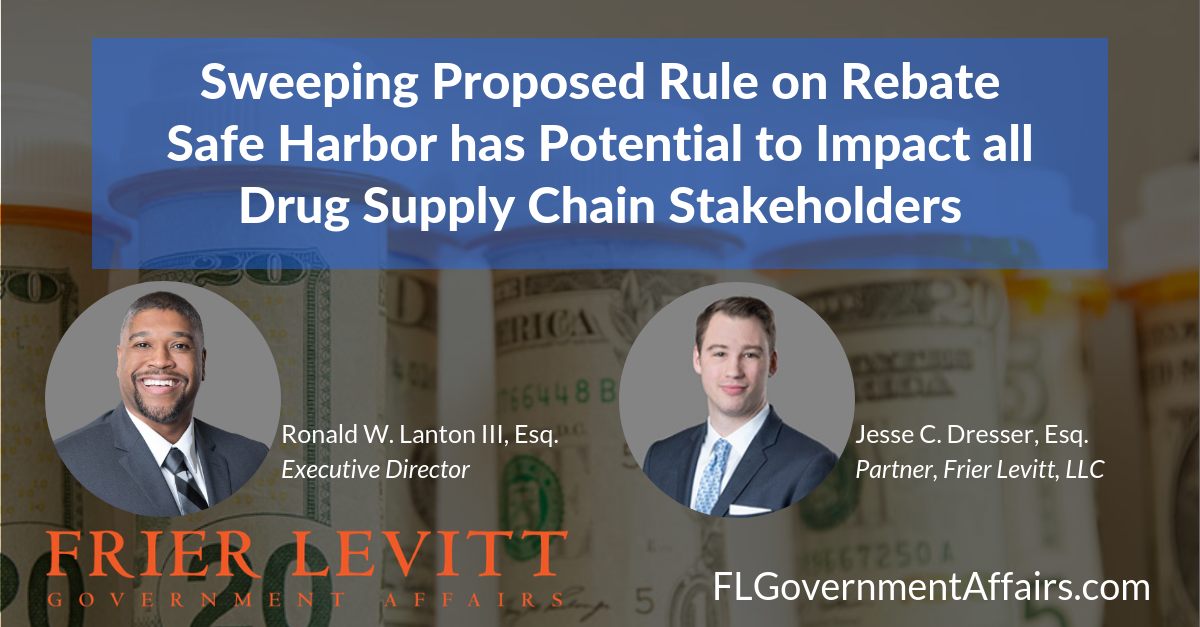 HHS Secretary Azar has proposed a new rule that will eliminate a Safe Harbor to the federal Antikickback Statute that provides legal protection for rebate arrangements allowing drug makers to pay PBMs to secure their drugs position on PBMs’ Medicare formularies. The goal of eliminating this Safe Harbor, and replacing with a new one, is to ultimately lower prescription drug prices for patients and Medicare and to upend the complicated structure for how drugs are priced. If passed, the proposed rule has the potential to dramatically impact pharmacies’ acquisition price and pharmacy reimbursement rates. It could also potentially alter distributor profit margins, as well as impact the commercial space. The move, while laudable, requires substantial input from stakeholders.

According to Secretary Azar, “This proposal has the potential to be the most significant change in how Americans’ drugs are priced at the pharmacy counter, ever, and finally ease the burden of the sticker shock that millions of Americans experience every month for the drugs they need.” The 123-page proposed rule, however, does not address the impact on pharmacy reimbursement, the wholesale distributor model or manufacturer profits. CMS has traditionally left reimbursement rates largely to the “market forces” and has not weighed in on the diminishing pharmacy margins. This rule, if implemented without additional guidance, has the potential to further erode pharmacy margin caused by PBM spread pricing and to erode the margins of other stakeholders.

All drug supply chain stakeholders should analyze HHS’s sweeping proposed industry change. The proposed rule currently has little, if anything, to address the impact on such stakeholders, making it imperative for stakeholders to participate in Secretary Azar’s request for comment. The deadline to submit comments to HHS is April 8, 2019.

Frier Levitt Government Affairs, LLC, along with the attorneys at Frier Levitt, LLC, has scoured the rule, and gathered feedback from stakeholders ranging from retail pharmacies, specialty pharmacies, chains, distributors, national associations of providers and manufactures. We have a strong understanding of the impact of the proposed rule and are working with stakeholders to avoid unintended negative consequences.

Submitting your viewpoints will be critical since this proposal reflects a priority of the Administration. Contact Frier Levitt Government Affairs today to have your voice heard.