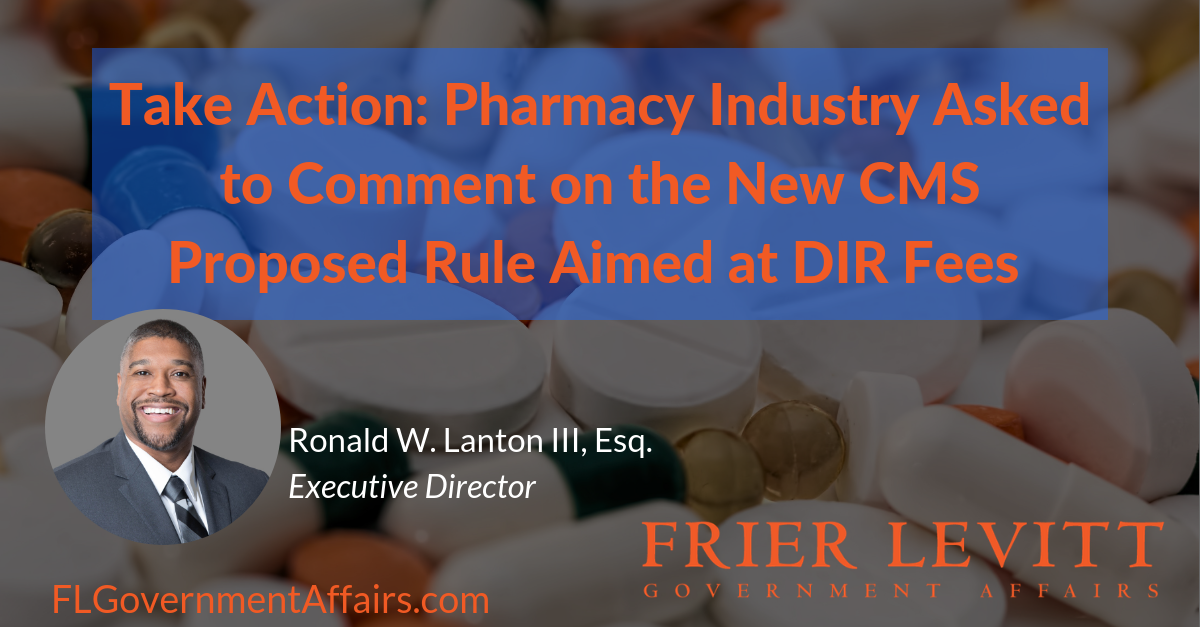 The Centers for Medicare & Medicaid Services (CMS) has released “Modernizing Part D and Medicare Advantage to Lower Drug Prices and Reduce Out-of-Pocket Expenses,” a proposed rule to amend the Prescription Drug Benefit Program (Part D) regulations to support health and drug plans’ negotiation for lower drug prices and reduce out-of-pocket costs for enrollees. One important component is a proposal to change the definition of “negotiated price.” Currently, the term must include all pharmacy price concessions except those contingent amounts that cannot be “reasonably determined” at the point of sale. This small exception is what has led PBMs to manipulate Medicare bidding and to the explosion of DIR Fees in the pharmacy space.

CMS is proposing a change to the definition of “negotiated price” to eliminate this exception and instead adopt a new definition were the term would mean the lowest amount a pharmacy could receive as reimbursement for a covered Part D drug under its contract with the Part D plan sponsor or the sponsor’s PBM.

Independent pharmacies, especially those dispensing high-cost medication such as specialty pharmacies, have paid substantial money back to PBMs and plan sponsors in the form of percentage-based DIR Fees. The government has only now begun to analyze the impact that DIR fees have had on the Medicare Part D marketplace, including pharmacies, Medicare beneficiaries and the Government. CMS is ready to change regulations that have created PBM and plan sponsors’ incentives that have “distorted” CMS’s intentions and original definition of “negotiated price.” CMS is asking for stakeholders to comment by January 25, 2019 on the proposed rule changes. The proposed changes could remove these distorted incentives and undue some of the negative consequences that have been caused by DIR Fees. This potential impact is highlighted by some of CMS’ own commentary in its proposed rule, including:

Opportunities to comment directly on DIR are rare. Last year, CMS issued a Medicare Part D Final Rule and declined to discuss DIR. Providers are in danger of closing or are being forced to drastically alter their business models. CMS has stated in this proposal that the current application of DIR by PBMs was an unintended consequence.

The deadline to submit Comments is January 25, 2019, so it is important that you contact Frier Levitt Government Affairs today to make sure your voice is heard.