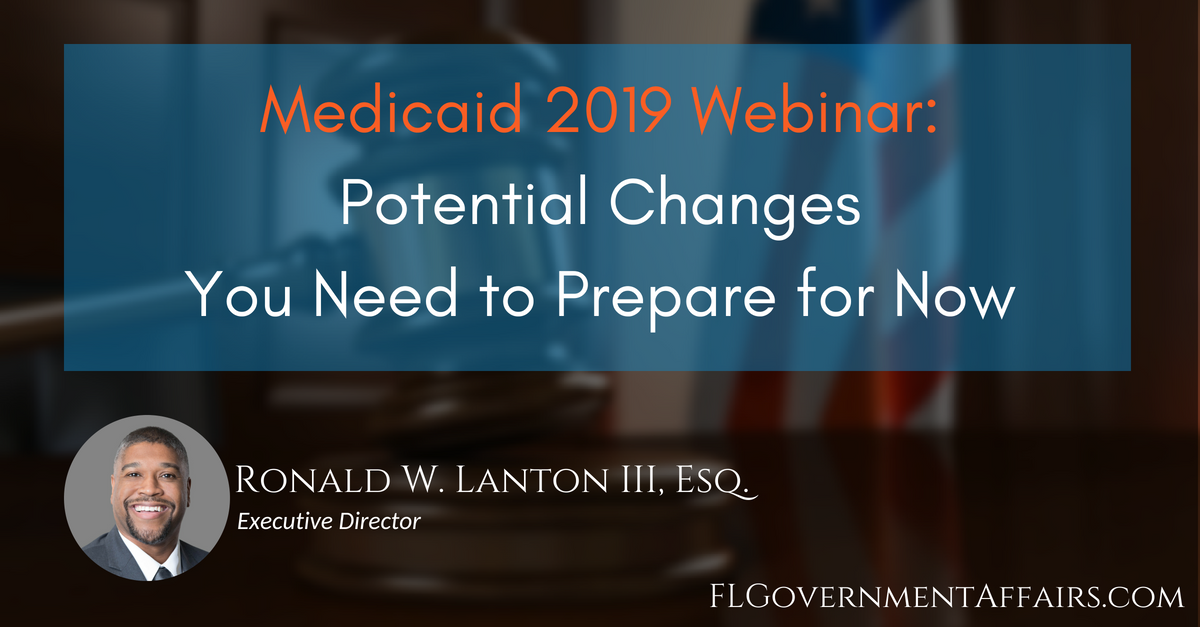 This webinar will examine the various ways states are addressing their Medicaid challenges…and how those changes could impact you.

In this recorded webinar, Ronald W. Lanton III, Esq., Executive Director & Senior Counsel at Frier Levitt Government Affairs gives an insider’s take on potential changes coming to Medicaid. He works with clients throughout the Care Continuum, helping them navigate both government and market issues, including:

If you need assistance with government/market issues or reviewing how 2019’s potential Medicaid changes will impact your business, contact Frier Levitt Government Affairs.

This webinar is presented through a partnership with Mediware. 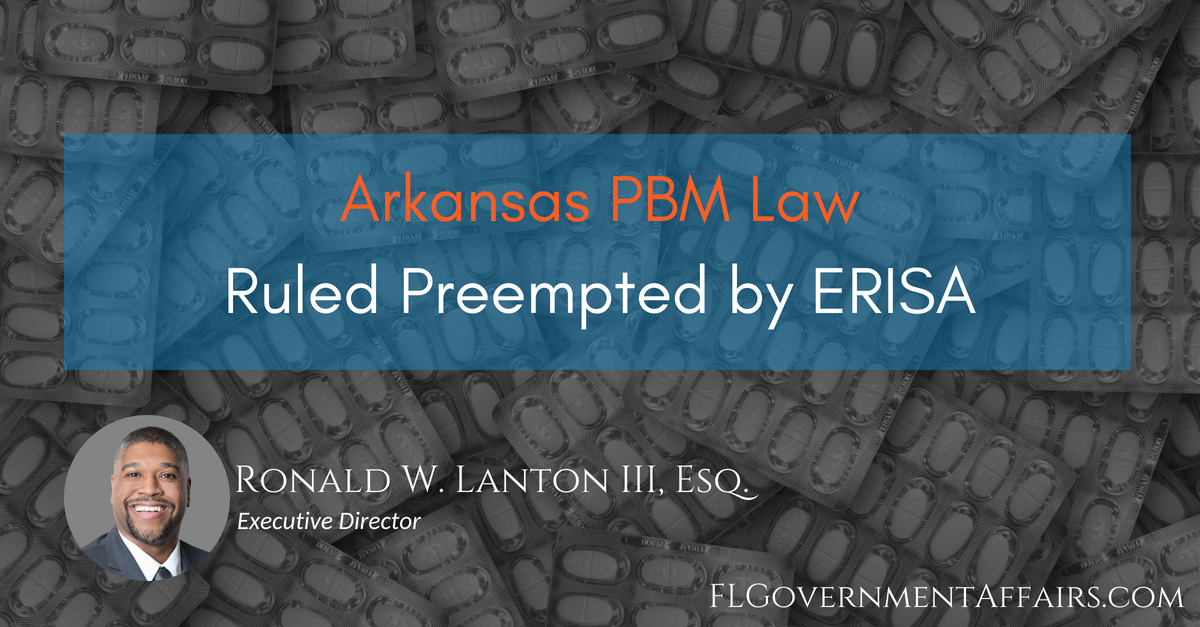 In 2015, Arkansas enacted Arkansas Act 900, titled “An Act to Amend the Laws Regarding Maximum Allowable Costs Lists, To Create Accountability in the Establishment of Prescription Drug Pricing; And for Other Purposes.” Arkansas Act 900 requires Pharmacy Benefit Managers (PBMs) to make adjustments to pharmacy reimbursement when it comes to Maximum Allowable Cost (MAC) pricing changes. The law is one of over 30 MAC laws enacted by states on this issue regarding a MAC appeals process or the process for how MAC reimbursement should be adjusted when there are changes to multisource generic pricing. MAC appeal laws are designed to ensure that PBMs are fairly paying pharmacies and to avoid unreasonable reimbursement to pharmacies.

While MAC statutes are steadily being enacted across the country, the PBM lobby, Pharmaceutical Care Management Association (PCMA), a national association representing PBM interests, has zeroed in to challenge how MAC statutes were drafted in only two states—Iowa and Arkansas. Since no uniform model legislation on MAC laws has been developed, each state has been left to its own device, as well as its own resources and pharmacy advocacy make-up, to determine the wording of such legislation. While the laws received much support, federal courts unfortunately ruled that both Arkansas and Iowa were too aggressive in how their laws were constructed. Fortunately, attentive drafting of MAC appeal laws that carefully navigates related laws, can avoid PCMA’s successful challenge to state MAC laws.

A federal judge in Arkansas recently ruled against Arkansas Act 900. PCMA used a variety of constitutional arguments against further implementation, including preemption, violations of the commerce clause, due process, and the contracts clauses of the state and federal constitutions. Pharmacy organizations must learn from the shortcomings of the Arkansas Act 900 exploited by PCMA.

Ultimately, it was the Employee Retirement Income Security Act of 1974 (ERISA) statute that doomed Arkansas Act 900. The court ruled that the law interfered with national uniform plan administration by regulating the conduct of PBMs administering or managing pharmacy benefits pertaining to ERISA plans.

Additionally, the court ruled that Medicare also preempted the law since with respect to the Negotiated Price Standard, because:

The good news is that vulnerabilities to state MAC laws are avoidable.

Frier Levitt Government Affairs, LLC, works with organizations in different states on bills regarding healthcare and life sciences issues, including issues with PBMs. Having a bill drafted correctly, taking into account the current political and business climate, is essential to avoiding delays and litigation, which could result in wasting political capital. The Frier Levitt Government Affairs bill check process confidentially examines an organization’s proposed language, verifying the correct statute, while having it reviewed by our numerous clinician attorneys. Contact us today for assistance with your organization’s bill. 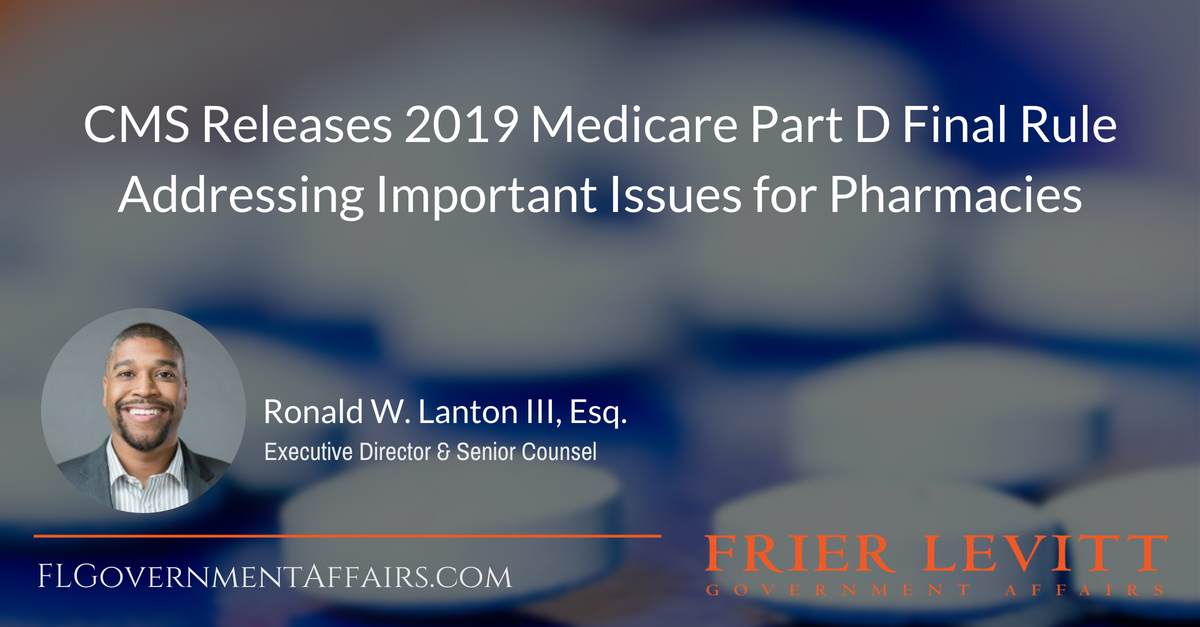 The Medicare Part D Final Rule presents many legal and policy options that can be used to argue against several issues that pharmacies confront with Pharmacy Benefit Managers (PBMs) and plan sponsors, including network participation, credentialing, and reimbursement changes based on dispensing history. Contact Frier Levitt Government Affairs today for help with the Final Rule. 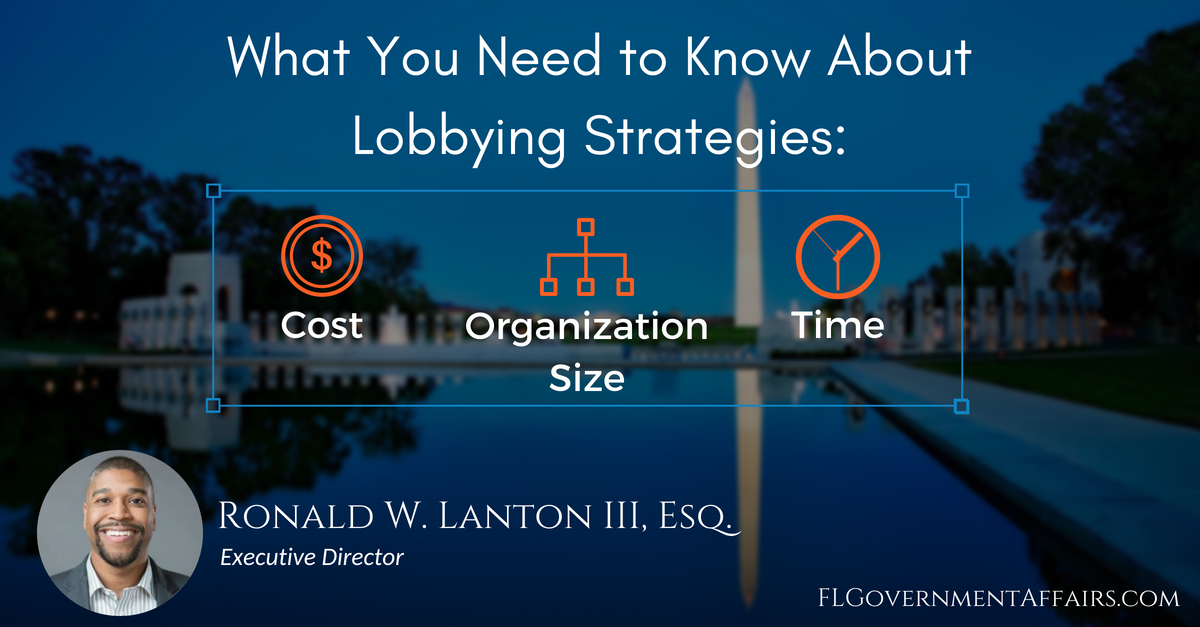 Lobbying strategies do not require an organization to have a large budget, to have reached a large critical mass size, or require enormous outlays of time to be effective.

When Healthcare and Life Sciences organizations looking to implement new industry programs or technology realize they will require either legislative or regulatory resources, they often assume that they do not have the budget required and/or their organization is not big enough to be “allowed” to engage in lobbying. Often these organizations attempt to engage with state for federal governments alone, only to end up frustrated by the amount of time and energy required and cynical about the likelihood of success.

Before attempting the legislative or regulatory process, organizations should take into consideration:

Organization Size. An organization does not have to reach a critical mass before you are “allowed” to engage in lobbying. Governmental agencies certainly meet with huge groups, but just as much time is spent with small and medium sized constituents.  Just because an organization is small doesn’t mean its voice will not be heard. Working with a government affairs and lobbying company that not only has connections but also an extensive knowledge base can benefit any size organization.

Frier Levitt Government Affairs, LLC works in connection with Frier Levitt, LLC, a boutique healthcare firm with over 30 healthcare and life sciences attorneys, including many industry thought leaders. This allows Frier Government Affairs to help draft and lobby legislation and provide tools to make sure that your bill is properly transitioned from legislative to regulatory.

Time. Frier Levitt Government Affairs, LLC has well-established processes built on transparency and clear communication to assure your strategy is executed in the required timeframe. This includes building your strategy around anticipated deadlines, anticipating possible roadblocks and realistic advice to allow your organization to more freely understand how to use monetary resources effectively and make lobbying easy and efficient.

Frier Levitt Government Affairs offers lobbying strategies for organizations and budgets of all sizes. In addition to our experience in working with several state governments, we have experience dealing with Medicare/Medicaid reimbursement, PBM reform, patient protections, opioids and other controlled substances issues, as well as 340B. Contact us today for help getting your organization through legislative or regulatory process. 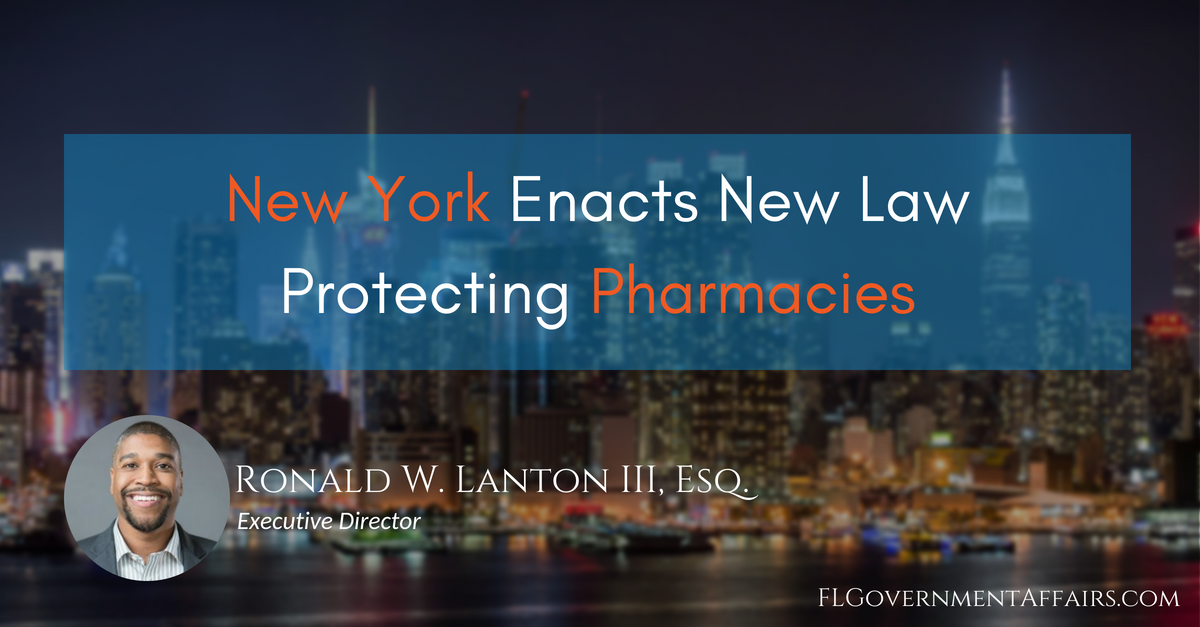 The new law’s provisions include fair pharmacy audits, the elimination of pharmacy gag clauses, and prohibitions on patient copay clawbacks, as well as expanded authority for pharmacists to immunize.