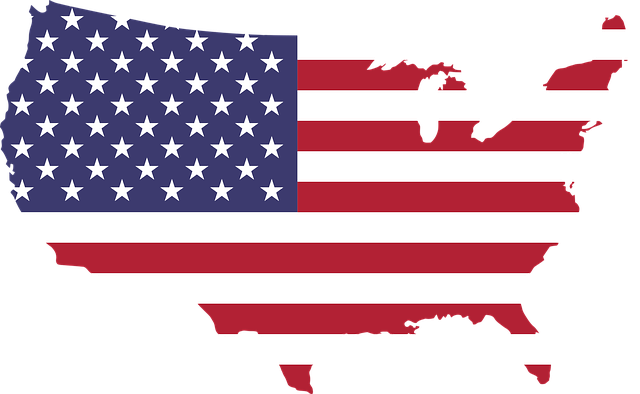 Regulations: States make regulatory decisions every day that could affect your business and how it operates. There could be up to 20 to 30 proposed new regulations a week in any given state. Most state governments work the same way in that they first propose new regulations and publish the proposals for public comment. After the public comment period many states make changes to their proposals or make the proposal permanent. Once a proposal for regulation is permanent your business must start to comply. Some states may propose an emergency regulation that will eventually become permanent without public comments.

States can regulate almost every part of your business from how much you have to pay your employees to what basic training needs to be done in your industry. You must follow these changes in order to avoid fines and other serious consequences that may come from non-compliance. The best place to start is by watching for regulatory changes in the state agency that regulates any licenses that your business may require to operate.

Licences: This brings us to the second reason that state government policy matters to your business. In order to operate as a business in any state you will need a license. You may need multiple licenses based on the type of business you operate. For instance, many business that operate in the healthcare industry may be required to keep at least five licenses up to date from several state agencies. It is important to watch these agencies that control these licenses as they may make changes that could prevent your business from operating in the state.

Taxes: The final reason state policy matters to your business is taxes. Many states these days have overrun their budgets and are running at a deficit. They may choose to make up the difference by placing special taxes on your operation. For instance, some states have proposed gross receipts taxes in the past. Any taxes on your business will have an effect, though if you have a very small margin of profit, a gross receipt tax may affect you in a more negative manner than other businesses. This is why we always recommend that clients watch their state’s budget negotiations every year as this may offer clues as to what the state may tax next.

Regulations, licenses and taxes are some of the most important reasons why state governments matter to your business and its operations. Following all of these policies may be challenging on top of day to day operations. Having a government affairs team may help with these issues. Frier Levitt Government Affairs offers several solutions to help figure out how state policies are affecting your business. One of the best places to start is our Insight Sessions. With just two hours and a memorandum Frier Levitt Government Affairs can explain confusing state policy issues for your team. Contact us today or sign up for more information. 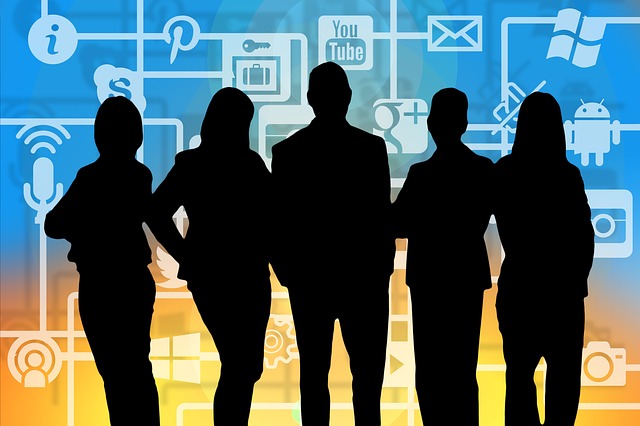 How many times have you made the decision for your department or organization that you need some outside help that you can trust to reach your goals? Whether you are looking for a consultant to help guide you through market changes, compliance or a lobbyist, the choice for you may seem daunting. Not only are these specialists hard to find, but once you find them are they going to help you achieve your priorities? While your anxiety is warranted, the correct question to ask is “Can I trust this individual”?

Here are a few ways to alleviate those concerns:

Email/Phone: Your first contact with a consultant may be through electronic communications such as email, phone or Skype. Regardless of your medium of contact your consultant should know how to balance being a professional and authentic. These are important traits to exhibit since you will be looking for guidance from this individual/firm during good times and bad.

Communication: Another important trait to look for is whether your consultant can adapt to your communication style. Your consultant should be asking if you prefer phone calls or emails, if you are better communicating during the day and if you like memos or updates whenever something significant changes. The best consultant will be able to respect your time and only alert you when something significant has happened to your interests. We usually update our clients every week and for other clients once every two weeks.

Goals: At True North we make sure that we identify your priorities upfront. Understanding your organization’s priorities will allow us to help you navigate potential minefields while also allowing us to anticipate your needs before you realize you need to change course. Understanding this will help you understand why you are making the investment your are.

While not an exhaustive list, this will help you get started in understanding the philosophy of your consultant. While work product such as trade journal articles and customer testimonials tell part of the story, the above suggestions are a good way to learn about how to ease your trust gap with your new consultant in order to help you achieve your priorities and stay ahead of your competitors. Only then will you understand why you should stay with your consultant instead of simply moving to the next flashier or cheaper option. Contact Frier Levitt Government Affairs today. 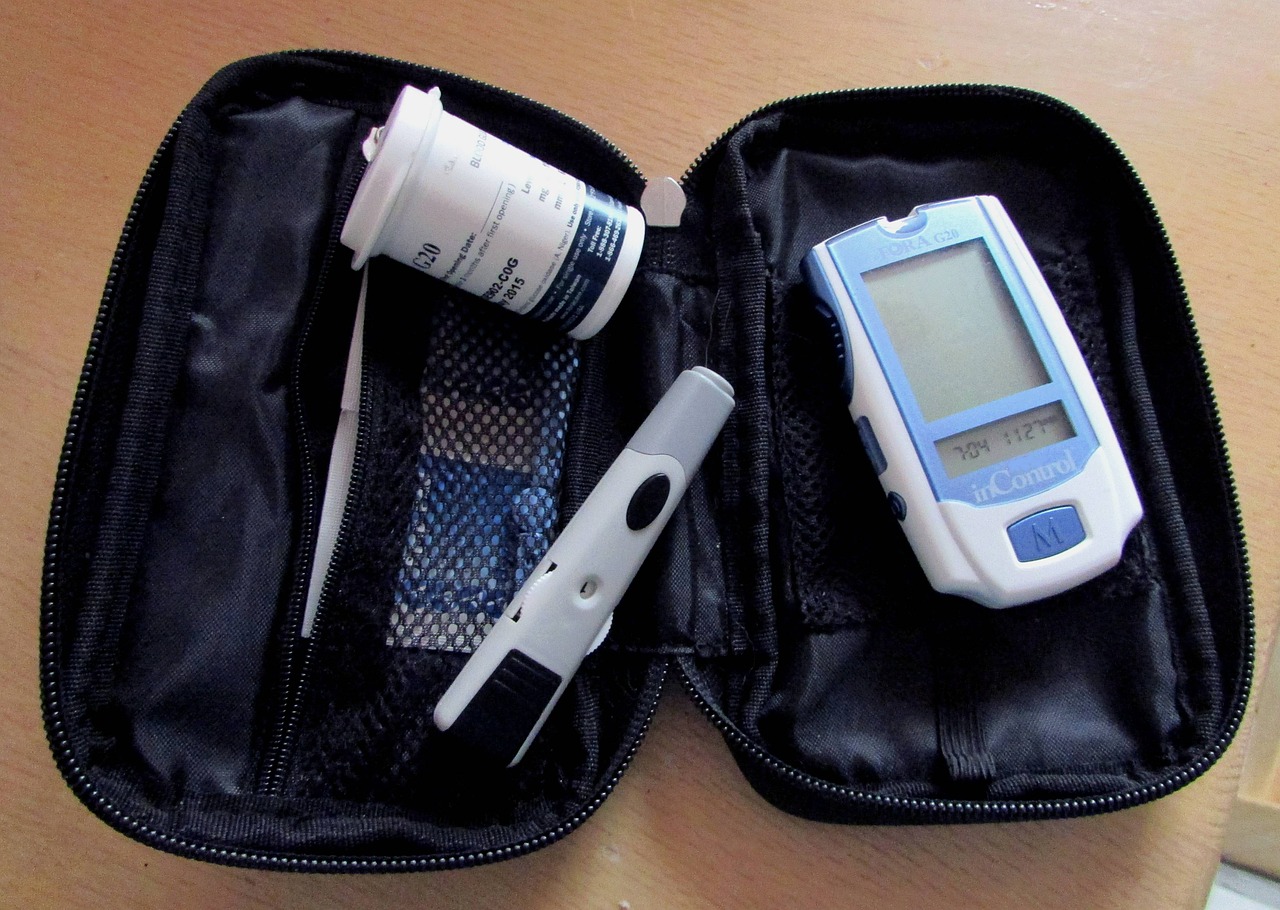 There are two types of diabetes; type 1 and type 2. Only 5% of the population has type 1 diabetes, as it is commonly diagnosed in children and was formerly known as juvenile diabetes. In type 1 diabetes the body does not produce insulin. Type 2 on the other hand is the most common. In type 2 the body does not use insulin properly. This is known as insulin resistance. The pancreas starts to produce more insulin to keep up with glucose levels in the body though over time it can not produce enough to keep glucose levels stable.

There are many policy aspects to diabetes. The first involves shadow pricing. Shadow pricing is when one company raises its wholesale price for a diabetes medication and then others follow suit over time. With insulin it started with a price hike of Lantus and then a similar increase for Levemir. This has caused several lawsuits to start against Eli Lilly, Novo Nordisk and Sandoz for their alleged dealings in price fixing. The plaintiffs in this case are accusing these three insulin manufacturers of raising list prices in order to gain favor among pharmacy benefit managers (PBMs). These lawsuits are now in Federal District Court as a class action suit. Also the federal government has started to investigate shadow pricing in Congress.

Medicaid and Medicare have been negatively impacted by the effects of diabetes. Medicaid is paying more for insulin and the price hikes for insulin are affecting dual eligible patients in regards to the Medicare donut hole. Many states are strapped for budgetary funds and may start to not cover certain insulin that is more expensive.

Additionally, there are no generics for insulin. Insulin is considered a biologic and not a small-molecule drug. Biosimilars are the only option here and are only up to 30% cheaper than the available brand in the market. Currently, there are only three major insulin manufacturers, which creates not only lack of competition but also issues with patient access.

The National Clinical Care Commission Act was signed into law this year and establishes a public/private commission. This commission will assess current federal programs that support clinical care for diabetes. The commission is also charged with finding inefficiencies and gaps in these programs and will provide recommendations to both Health and Human Services (HHS) and Congress.

Nevada’s approach to diabetes was an interesting one this year as the state passed its version of price transparency specifically targeted at the disease. The state’s new drug pricing law targets diabetes products and requires PBMs and manufacturers among other things to disclose certain pricing and rebate information. This law was signed into law after it was first vetoed by Governor Sandoval (R-NV), as the first draft had much stricter language against price gouging. Both PhRMA and BIO are currently suing the state by arguing that the law creates a constitutional violation and violates patent protection law and trade secrets by asking for price and rebate information. We’ll see how these arguments turn out.

There are Congressional bills currently on point:

H.R. 3271/S.1914 titled the Protecting Access to Diabetes Supplies Act of 2017 targets diabetic supplies within competitive bidding. Specifically, the bill requires the Centers for Medicare & Medicaid Services (CMS) to:
– Use specified data to determine whether a bid satisfies certain requirements related to volume of coverage with respect to such products
– Reject a bid if the bidder does not demonstrate its ability to furnish such products in a manner consistent with its bid
– Establish a process to monitor the extent to which an entity continues to cover the product types included in its bid

The Centers for Medicare and Medicaid Services (CMS) may terminate a contract if it determines that an entity, for reasons other than product discontinuation or market-wide shortage, fails to maintain ready access to such products included its bid. Additionally, the bill specifies that an entity furnishing such products to beneficiaries under the program: (1) must furnish to each beneficiary a brand of strips that is compatible with the beneficiary’s home blood glucose monitor, (2) may not attempt to influence or incentivize a beneficiary to switch the brand of either type of product, and (3) must contact and receive a request from a beneficiary no more than 14 days prior to dispensing a refill to the beneficiary.

H.R. 1617 titled the Promoting Access to Diabetic Shoes Act proposes to permit nurse practitioners and physician assistants to satisfy the documentation requirement under the Medicare program for coverage of certain shoes for individuals with diabetes.

Lastly, there are more medical advances on the way to help combat diabetes. The Food and Drug Administration (FDA) has approved Medtronic’s “artificial pancreas” which is the company’s first hybrid closed loop system. The system is the first to both monitor blood glucose levels and adjust insulin levels for type 1 patients. This is all part of the FDA’s plan to encourage development of an artificial pancreas device system, an innovative device that automatically monitors blood glucose and provides appropriate insulin doses in people with diabetes who use insulin. These are devices only and not an actual synthetic pancreas.

The FDA has also approved two combination products that contain long-acting insulin and glucagon-like peptide 1 (GLP-1) receptor agonists. These are the first of their kind of once a day injections to combine these drugs.

Jardinance is the first diabetes drug to be approved for the reduction of risk of cardiovascular death in relation to diabetes. No other diabetes medication has been approved for any sort of cardiovascular benefit, while Basaglar is the first biosimilar of Lantus that has been approved by the FDA. This is not a generic and is not available to be switched out for Lantus by the pharmacist. A physician needs to prescribe it directly and there are no interchangeable biosimilars at this time.

In conclusion, we will wait to see what will happen with the shadow pricing issue as well as how Congress will deal with higher drug prices. Additionally, next year could possibly bring a smaller budget for Medicare and Medicaid further affecting patients with this chronic disease.