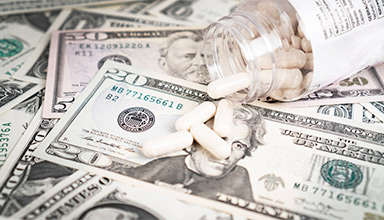 With the 2016 election behind us some may feel that there could be clarity on the debate surrounding the future of drug pricing. While I see the merits in these arguments I believe that the answer is still unclear. For the last few years the industry has witnessed a roller coaster of events that have caused the stock prices of several drug companies to skyrocket up and tumble down based on tweets from politicians to Congressional hearings to state ballot initiatives. To get an understanding of this issue, it may be best to determine what has happened, where we are and where we may be headed.

While many elements of the drug price debate can be traced back to Gilead’s introduction of Sovaldi in late 2013, Mylan’s price hike seemed to increase public scrutiny the highest. Yes, there were justified issues surrounding Turing Pharmaceuticals and Valeant, but Mylan’s decision in a long line of companies that have been raising prices not only hit at the “wrong” time during the height of the election; it also unnerved many due to the number of consumers that were impacted. To refresh, Mylan’s CEO Heather Bresch has been criticized for increasing the cost of the company’s product EpiPen. EpiPen is an emergency treatment for patients suffering a life-threatening allergic reaction. Many have been surprised to witness the steady rise in price for the product as the EpiPen was selling for $100 in 2008, $164 in 2011, and now $600. As Mylan raised the price of the EpiPen, sharp increases in company executive pay has coincided with the hikes.

The fallout has been severe since this revelation. Congressional hearings ensued, blame has been traded between PhRMA, generics and the payer community, and the threat of increased regulatory oversight has cast a cloud over whether drug companies can plan for future mergers and acquisitions. In response to the criticism, Mylan said it will provide $300 instant savings cards to patients that must pay full price for the drug out of pocket. This equals a 50% price cut for people without insurance or for patients with high deductible plans. Additionally, the company has said that it donated 650,000 EpiPen and EpiPen Jr. auto-injectors to half of U.S. schools and said that most commercially insured patients received the product for free. But will this be enough to quell the firestorm?

This year has seen different reactions on the Congressional and state policy front when it comes to drug pricing. Senator Sanders (I-VT) and Congressman Cummings (D-MD) have been leading voices on trying to stop drug price increases by promoting greater generic utilization and calling for transparency on pharmaceutical research and development costs. Many voices on both sides of the aisle have increased their calls for discouraging the use of pay for delay tactics, giving Medicare the power to negotiate drug prices to the expansion of importation policies to force down costs.

Most recently, spurred by the EpiPen controversy, Congresswoman DeLauro (D-CT) announced the Prescription Drug and Medical Device Review Board Act, which aims to create a national review board to stop pharmaceutical corporations from charging consumers excessive prices. Per the Congresswoman’s announcement, “an Interagency Drug and Device Price Review Board would collect data on drug and device prices and manufacturing costs, and if necessary, take enforcement action against manufacturers that charge consumers excessive prices. This bill will ensure that American families retain access to life-saving drugs by allowing the Price Review Board to take enforcement action against pharmaceutical corporations, including shortening monopoly protections, imposing monetary fines, and recouping previous tax benefits for life saving treatments.

This year has seen several states introduce drug pricing legislation with many looking to policies taking shape in Vermont and California. Earlier this spring, Vermont Governor Shumlin (D-V) enacted S. 216 titled An Act Relating to Prescription Drugs, that requires the state to identify 15 drugs on which the state spends significant health care dollars and for which the wholesale acquisition cost has increased by 50% or more over the past five years or by 15% or more over the past 12 months, creating a substantial public interest in understanding the development of the drug’s pricing.

While California had legislative initiatives this year on drug price transparency, it was Proposition 61 that captured stakeholder attention this year. Proposition 61 or officially known as the California Drug Price Relief Act was a ballot initiative that would have prevented state agencies from purchasing drugs at prices higher than the prices negotiated by the U.S. Department of Veterans Affairs. This was a preferable metric to advocates because the Department pays the lowest price for prescriptions drugs and even though federal law mandates a 24% discount off a drug’s list price to start, officials could negotiate even more favorable discounts depending on the drug. Even though this initiative was defeated, this is not likely the last time this issue is being heard in this forum as Ohio has a similar measure that will appear on its state ballot in 2017.

Mylan’s public scrutiny has accelerated a dialogue into how PhRMA companies may deal with the optics of price increases. Recently Allergan CEO Brent Saunders wrote a post on his company’s blog that may serve as the new industry standard. Within the post titled Our Social Contract with Patients Mr. Saunders states that “Where we increase price on our branded therapeutic medicines, we will take price increases no more than once per year and, when we do, they will be limited to single-digit percentage increases. Our expectation is that the overall cost of our drugs, net of rebates and discounts, will not increase by more than low-to-mid single digits percentages per year, slightly above the current annual rate of inflation.”

The question is will this stance become the norm and will future price increases like this avoid harsh government scrutiny? In October, Valeant announced that it will raise prices on several products in its neurology, urology and gut drug categories but these prices will be limited to single digit increases. Some CEOs have reported that bad actors such as Turing and Valeant are examples of simple outliers in the industry and that the real cost for drug R&D needs to be reimbursed adequately, since better science produces better outcomes that need to be equated fairly in the market.

Considering these events, PhRMA has been positioning the industry into taking a more aggressive stance heading into 2017. The industry has been battling patient groups and the payer community for the last few years and these deep philosophical battles show no signs of slowing. In addition to fighting legislation and ballot initiatives on price transparency, the group has increased its dues by 50% for its members in anticipation of future lobbying initiatives and has increased its criticism of the Institute for Clinical and Economic Review (ICER) which uses evidence based analysis to look at whether several factors including drug prices are effective in improving outcomes and lowering costs. With PhRMA advocating that increased generics are influencing the overall marketplace downward, conclusions made by the ICER could influence how much payers are willing to tolerate PhRMA’s pricing perspective. The policy battle is brewing as October’s National Conference on Medicare, Medicaid and Duals sponsored by America’s Health Insurance Plans witnessed the payers calling for regulatory changes that could allow them to potentially exert greater influence over drug cost in Medicare and Medicaid plans.

The potential direction of drug prices got even murkier with the surprise announcement by the Department of Justice. Since 2014, the Department has been probing whether generic drug firms have been colluding with one another regarding generic prices. According to a November 4, 2016 Wall Street Journal article, generic companies receiving subpoenas related to the probe include Teva, Mylan, Dr. Reddy’s Laboratories, Taro Pharmaceuticals, Endo International and Actavis. “The Justice Department could begin to bring cases before year’s end, though the timing of any potential enforcement actions remains uncertain.” If the allegations are true it would be interesting since policymakers called for increased generic utilization to stem price increases. However, recent years have witnessed sharp increases in generic pricing that has been explained by many because of several extrinsic circumstances.

In conclusion, while we have an answer now as to who the next United States President will be, unfortunately, we are no closer to knowing how the debate on drug prices will unfold. We have not heard enough details from President-Elect Trump to know how the healthcare system will be regulated. Another uncertainty around drug companies is Wall Street. Investors are anxious to know whether innovation or raising drug prices will be the main reason for determining future earnings. If CEOs are handcuffed by the perception increased prices bring and innovation slows either due to lack of R&D or M&A, there could be a significant re-pricing of drug companies for some time. Battle lines are already being drawn around the increasing price of insulin, the introduction of expensive cholesterol drugs and the uncertainty surrounding the impact of biosimilars. Acting Administrator for the Centers for Medicare and Medicare Services Andy Slavitt has an interesting observation on drug prices: “The reality is that in the next few years these costs will put unsustainable pressure on the Medicare program, and action is going to be necessary to address them. For my successor, this will likely be a big priority as well.”